ADX (Average Directional Index) - Technical indicator that measures the strength of the trend. It operates on a scale of 0 to 100; the higher the oscillator, the stronger the trend.
Aggregate Demand - Total demand in an economy, consisting of government spending, private/consumer and business investment.
Appreciation - Increase in the value of a currency.
Arbitrage - Arbitrage is a “riskless” opportunity to profit, as there is no uncertainty involved.
Ascending Triangles - Bullish continuation pattern that is shaped like a right triangle consisting of two or more equal highs.
Account Balance - The net value of one account.
Aussie – Slang for the Australian dollar.

Backtesting - Testing a system or strategy on historical data.
Balance of Payments - Compares the amount of economic transactions between a country and all other countries. This includes trade balance and foreign investments.
Balance of Trade - Net flow of goods (exports minus its imports) between two countries.
Bank for International Settlements (BIS) - International organization encouraging the cooperation of central banks and international financial institutions. The BIS is also called the central bank for central banks. Collects data on international banking activity.
Bar Chart - The vertical bar is drawn from the period (daily, hourly, minute) highest price to the same period lowest price. Closing price and opening price are represented by a right tick and a left tick respectively.
Base Currency - Always referred to the first currency in any currency pair. In the EUR/USD the EUR is the base currency.
Basis - The difference between the cash price and the futures price.
Bear - Traders acting on the belief that the market will decline.
Bear Market - Declining trend.
Bear trap - Occurs when the market breaks below a significant support level generating a sell signal, but then reverses direction
Bid/Ask Spread - The difference between the buying and selling price.
Bollinger Bands - A technical Indicator that compares volatility and relative price levels over a period time.
Broker - Brings together buyers and sellers typically in a financial market.
Bull - Trader acting on the belief that the market will rise.
Bull Market - Rising trend.
Bull Trap - Occurs when the market breaks above a significant resistance level generating a buy signal, but then reverses direction.
Buy a bounce - A recommendation to buy a currency pair if the price bounces from an important level.
Buy break - A recommendation to buy a currency pair if it breaks an important level.

Cable - nickname for the British pound.
Candlestick Charts - The candlestick encapsulates the open and close price, and represents the high and the low of certain period with wicks at the upper and the lower extreme.
Carry Trade - An investment position of buying a higher yielding currency with the capital of a lower yielding currency expecting a gain in interest differentials.
Central Bank - Responsible for a country’s monetary policy and for printing money.
Channel - Uptrend or downtrend whose boundaries are marked by two or more straight lines. A break above/below the channel signals a possible change of trend.
Confirmation - Legitimizes an initial signal, after an initial alert.
Continuation - Extension of the existing trend.
Contract (lot) - Standard trading unit. A standard lot in the forex market is $100,000. A mini lot is $10,000.
Correction - Partial reversal in the existing trend due to profit taking, etc.
Cover on a bounce - A recommendation to close a trade on a bounce off an important support level.
Counter currency - Refers to the second currency in any currency pair.
Cross Rate - Cross rates usually refer to pairs quoted that do not include the domestic currency. EUR/CHF is a cross rate in US.

Daily Charts - When each bar or candle in a Chart represents the daily price movements.
Day Trading - A short term trading style. Refers to open and closing out positions within the same day
Dealer - Individual or institution who places a buy or sell order.
Deficit - Excess of liabilities over assets
Depreciation - The decline in the value of currency.
Devaluation - The value of one currency is lowered against other.
Divergence - When an indicator and a price chart don’t yield the same peaks/bottoms. It is an indication of the trend exhaustion.
Double Top and Bottom - When currency pair has touched twice (and upper or lower level) and fails to break through.

Economic Indicator - Economic statistic used to indicate the health of an economy.
Efficient Market Theory - Theory that explains that the price is indicative of all current and relevant information.
Elliot Wave Theory - Theory based on the notion that the market moves in waves, trends and corrections. A complete wave is formed by three waves in direction of the trend and two correction waves.
Euro - Monetary unit of the European Monetary Union ( Germany , France, Belgium , The Netherlands, Luxembourg , Spain , Portugal , Italy , Austria , Ireland , Finland and Greece .)
Exponentially Moving Average (EMA) - Variation of Moving averages that has a greater weight on recent data.

Fibonacci Numbers - Developed by Leonardo de Pisa, they are a sequence of numbers in which each successive number is the sum of the two previous numbers. The most common studies in which the sequence is used are: Fibonacci retracements, Fibonacci arcs, Fibonacci time zones.
Fixed Exchange Rate - When a currency is not allowed to fluctuate against another currency.
Floating Exchange Rate - When a currency is allowed to fluctuate against another currency.
Forex - The buying and selling of currencies.
Forward Points - The pips added to or subtracted from the current exchange rate to calculate a forward price.
Fundamental Analysis - Analysis of economic indicators, political events and current events that could affect the future value of a currency.

Head and Shoulders - Pattern consisting in a peak (head) between two lower peaks (shoulders). The neckline, or the bottom boundary that both shoulders reach, is regarded as a key point traders can use to enter/exit positions.
Hedge - Strategy that consists in selling and bulling the same currency pair with the objective to reduce the risk.
High/Low - Refers to the high and low of a certain period.
Hourly Chart - When each bar or candle in a Chart represents the hourly price movements

Initial or Maintenance Margin - The percentage of the price of a security or amount of money required to enter a transaction
Interbank Rate - The rate at which the major banks trade.
Intervention – Action taken by central banks to affect its currency.

Leading Indicators - Economic indicators that are used to forecast economic activity.
Leverage (Margin) - Ratio of the amount used in a transaction to the required security deposit.
Limit order - Order given to a broker on maximum price to be paid or minimum price to be received on a given transaction.
Liquidity - The more liquid the market the less impact on price stability is made by transactions.
Long - Refers to the buying of one currency pair with intention to profit from future movements.

MACD (Moving Averages Convergence-Divergence) - The MACD plots the rate of change of two exponential moving averages.
Margin - A percentage of the total value of a transaction that a trader is required to deposit as collateral to open a position.
Margin Call - A call made by the broker to add additional funds in order to maintain one position. It occurs when the value of a trading account falls below the maintenance margin.
Market Maker - Institution willing to buy and sell at the quoted bid and ask prices.
Market Order - Order to buy or sell a currency pair.
Momentum - Technical indicator which measures the rate of change of a currency pair. Momentum is also called when a trade trades in direction of the trend
Moving Averages (MA) - Average for a specified historical time periods. MA are commonly used as an indication of trend direction.

Offer (ask) - The price at which broker is willing to sell at.
OCO Order - Stands for “one cancels other order” Through the execution of this order, cancels the other part of the same order.
Options - A contract that gives the right, but not obligation, to buy or sell commodities, securities or currencies at a future date and at a prearranged price.
Order - Instruction to buy or sell at certain price.
Overbought/Oversold - It is said that when a currency pair has risen/fallen at untypical market acceleration, the currency pair is overbought/oversold.
Overnight - Position held until the start of the next session.
Over the Counter (OTC) - Transactions are not conducted over an exchange.

Pip - Stands for price interest points. The smallest increment an exchange rate can move.
Point & Figure Chart - Charting method that completely disregard the passage of time, opting only to display changes in prices

Rally - recovery in price after a decline period.
Range - Difference between the high and the low over a period of time. Ranging in also used when the market is not able to make new highs or lows over a period of time.
Rate - The price of one currency in terms of another (currency pair).
Resistance - Price level at which a currency pair had trouble breaking through. At this level the sellers gained control of the market outnumbering the buyers. If the price approaches to this level again, the market is likely to hold again.
Retracements - Correction phase after a considered uptrend or downtrend.
Reversal - Potential shift of the current trend.
Risk Management - Techniques developed to avoid substantial risks.
Roll-over - Settlement of a transaction is rolled forward to another value date, the cost of this is the interest rate differential between the two currencies.
RSI (Relative Strength Index) - Technical indicators that measures the rate of up bars (or candles) against the down bars (or candles). Operates in a scale between 0 and 100. Above 80 indicates a currency pair is overbought, and below 20 a currency pair is oversold.

Short - Refers to the selling of one currency with the intention to profit from its future movements.
Spike - Untypical and significant lower low or higher high within a data series.
Spot Market - A market in which financial instruments are delivered immediately.
Spot Price - The current market price.
Spread - The difference between the bid and ask price.
Sterling - Nickname that refers to the British pound.
Stochastics - Technical indicator that indicates overbought/oversold conditions. Higher values indicate overbought levels, while lower values indicate oversold levels.
Stop-Loss Order - Order to close a position at a predetermined valued should the position goes against the trader.
Support - Price level at which a currency pair had trouble breaking through. At this level the buyers gained control of the market pushing the prices higher. If the price approaches to this level again, the market is likely to hold again.
Swissy - Slang for the Swiss Franc (CHF).

Technical Analysis - A technique used to try and predict future movements of a currency pair based solely on past price movements and volume data.
Tick - Minimum change of price.
Transaction Costs - The costs incurred by a trader when buying or selling financial instruments (spread, commissions, etc).
Trend Lines - A straight line drawn across highs or lows in a chart that indicates the overall trend for the currency pair.
Triple Top - Pattern in which a currency has reached a price level three times previously, and has been unable to break through that level.
Turnover - The number or volume of transactions traded over a specific period of time.
Two-Way-Price - When both, bid and ask prices are quoted in a transaction.

Weekly charts - Charts for which each candlestick or bar represents the data of one week movements.
Whipsaw - Describes highly volatile price movements and reversals in the market 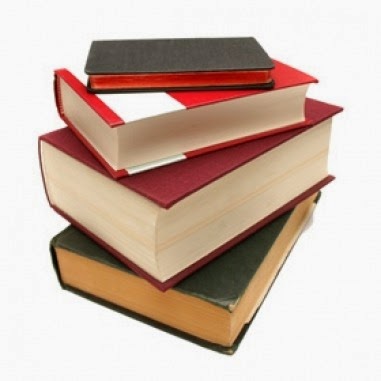