Why traders lose: The ultimate performance killer for traders

Why traders lose: The ultimate performance killer for traders 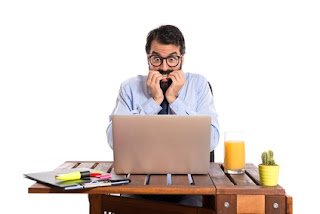 I see so many traders fail unnecessarily. It hurts so much seeing them sabotage themselves over and over and over again and they don’t even notice it. One of the main reasons traders keep themselves from success is my favorite psychological concept called ‘cognitive dissonance.’ Basically, it means that you subconsciously hold two or more beliefs that contradict each other, ultimately making you fail in not only trading but all other areas in life which are influenced by these beliefs, as well.
Take a look at someone that has an interest in two girlfriends (or boyfriends, whatever). One is crazy and wild and fun, the other is down-to-earth and nice, she takes care of him and makes him feel comfortable. Both of these girls fulfill fundamental needs he has deep down in his subconscious. He can’t make up his mind for one and ultimately, obviously, will lose both.
Trading is just the same. Most people that get into trading are young males. Hungry for life, they want it all and they want it now. They want to live the life of a rockstar. The cocaine, the cars, the beaches, the girls, it’s what they are in the game for. Now, on the other hand, we look at the most successful traders of our time: Ed Seykota, Paul Tudor Jones, Jim Rogers, Richard Dennis, Peter Brandt. What do all of these have in common? Well, they are extraordinarily interesting personalities leading extremely ordinary lives. No rock star stories. No Hollywood fame. Simple people, with a singular interest: beating the markets, day in, day out, year in, year out.
This is not a coincidence. While I am sure they all can afford a nice lifestyle, they live a quiet lifestyle. And it helps their trading immensely. Because trading is not about being a rock star. It’s not about being the coolest kid on the block, and it’s certainly not about who has got the biggest balls. Or, as Peter Brandt puts it, a trader is simply a glorified order placer. There is nothing sexy about it, nothing exciting, nothing glamorous. Trading is a boring job. You sit in front of your screen by yourself, the market is your master and your boss, you obey it or you will be out of a job faster than you can say ‘margin call’.
But how does this compute? How can you live a crazy life, and on the other hand, be a total numbers nerd? The simple answer is: most just can’t. Their conflicting views and beliefs will make them do things in the markets that will cost them dearly. We often get messages from people asking us why we don’t trade more often, use more leverage, and generally, why don’t we make the market our bitch. It’s simple, because we are the market’s bitches. We are as humble as one can be, and that is the reason why we survive and thrive in this game.
It took me a long time to figure this one out, trust me. I was always drawn to the ‘finer’ things in life. I like to splurge, I like to party, and I like to show off. I hate having a boss, I hate to eat humble pie, and I generally do not cope very well with authority as everyone that ever had the pleasure to give me orders knows.
So, naturally, my first reaction when I came into the markets, was to make it suffer. I would squeeze every single penny out of that bastard and become the greatest trader of all times. No. Didn’t happen. But I certainly lost a great amount of money and sanity in the process. If you know what drives your decision making process, which motivations and beliefs, and how they interact and conflict each other, only then can you start to make progress in the markets.
The same, of course, goes for wanting to be rich but subconsciously thinking that money is bad, and only bad people are rich. This is actually a belief many of us have, instilled by their parents or by whomever.
The thing is, sure, you can have a crazy life. But you need to calm yourself down once you sit down at your trading desk, and bury your ego deep, deep, deep, so deep that you won’t find it until the weekend. Then you can dance on the tables again. You have to put on your nerd glasses, become the most boring, humble, uncoolest person ever, and do your thing. You have to become the person you never wanted to be. The high school nerd that everyone was making fun of. THIS is how you make money in the markets. I can only say it again, there is absolutely nothing rock star about trading. Losing money because you want to look awesome and take that scalp trade is plain stupid, that’s it. You gonna look like a jerk.
So, yeah, it is almost the weekend again. I for my part had a great week in trading, and am looking forward to Friday night when I can transform myself from super nerd to the life of the party again. Look for your excitement and your ego boost anywhere, but not in trading, and sooner than you think you will have plenty of money to spend on your rock star lifestyle.
Tags: forexebooks, forex articles, forexonlinetrading, currencytrading, tradewithbanks
Posted by Tradingwithtamil
Share to: