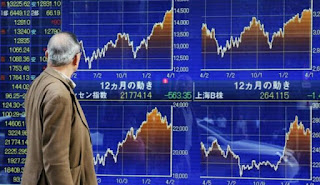 Three years since Bank of Japan with Gov. Haruhiko Kuroda introduced quantitative and qualitative monetary easing (QQE) to pull Japan out of deflation. His initial target of a 2% inflation rate is more difficult to attain as a result of continued low consumer spending and low oil prices.
There is approximately two years that the BOJ initially set as a time frame for its inflation goals has seen a series of postponements, with the deadline now pushed back two years to the first half of fiscal 2017. There is talk that another postponement may be decided upon at the BOJ monetary policy meeting set to take place April 27 and 28. and that’s why this meeting could be the blast tonight!?
Since this decisions will be made overnight  and early at dawn in European time, for you who will be awake, here is the timing. Update 05:00 h (London +1:00h) in  Dubrovnik. I am awake, it’s important decision.
04:00 h (London time) > BOJ Interest Rate Decision!!! – Current -0.1%! Update > -0.1%!!! Monetary Policy unchanged!!! USD/JPY almost 300 pips down in 3 minutes, 111.68 》 108.73!!!
04:00 h (London time) >  BOJ Monetary Policy Statement!!!
》》》BOJ will take additional easing steps in 3 dimensions of quantity, quality and interest rate, if needed to hit inflation price target!!!
n/a > BOJ Press Conference!!!
Tags: jpy pairs, forex brokers, BOJ, usdjpy, eurjpy, gbpjpy